A visit to the Chelsea Physic Garden 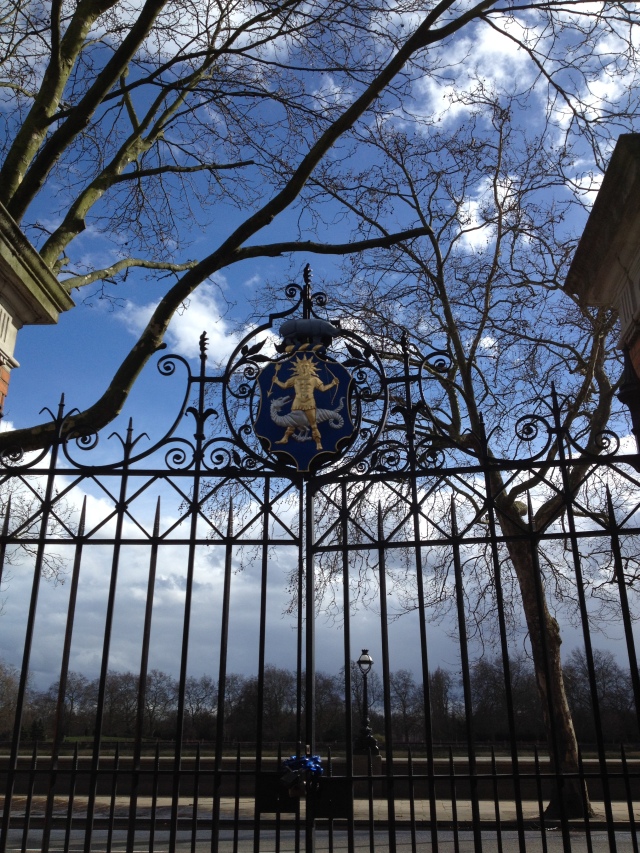 I enjoyed the best of the Easter Monday weather with a trip to the Chelsea Physic Garden yesterday afternoon.  After I don’t know how many years of good intentions, I finally got there and was rewarded with a gloriously sunny afternoon.  Many of the more tender plants were still warmly wrapped up in their winter layers of protective bubblewrap, but there were spring bulbs and green shoots poking through the bare earth.

As children played hide-and-seek among the beds and glasshouses and adults enjoyed tea and very fine cakes from the cafe, it would have been easy to forget that this Garden is more than four hundred years old and not recreational.  The Chelsea Physic Garden was founded by the Worshipful Society of Apothecaries in 1673 to train their apprentices to recognise and understand the healing properties of the medicinal plants that would be used in their professional lives.

As I walked around, I stopped to read an information board about Carl Linnaeus and the naming of plants when my eye was caught by the paragraph at the end. 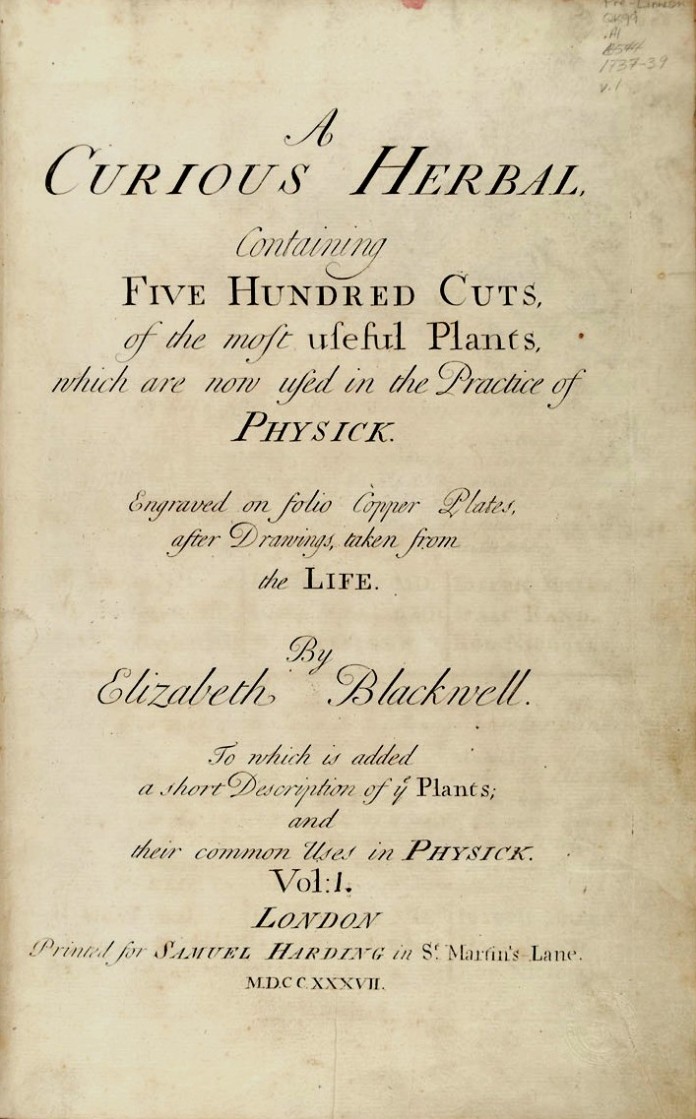 Scottish Elizabeth had trained as an artist and formed a love match with her cousin Alexander. Alexander and Elizabeth fled to London when it was discovered that he had been practising medicine under a bogus license. In London, Alexander re-invented himself as a printer; again ignoring the regulatory niceties that, for his new profession, required him to have served an apprenticeship and belong to a Guild. Faced by heavy fines and having spent all of Elizabeth’s dowry, Alexander ended up in debtors’ prison and Elizabeth needed to earn enough to support herself and her family. 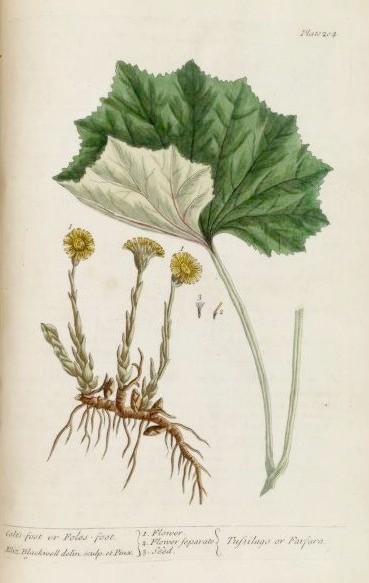 Illustration from A Curious Herbal

Learning that a new Herbal was required to describe plants being brought in from the New World, Elizabeth decided to combine her own artistic skills with her husband’s botanical knowledge. She moved to be closer to the Chelsea Physic Garden and set out to provide the illustrations for her Herbal, taking her drawings to Alexander in prison so that he could supply the correct names in Latin, Greek, Italian, Spanish, Dutch, and German.

Revenue from the first two editions of the book provided enough to secure Alexander’s release, but not to match his spending habits. Alexander ran away again. This time to Sweden where he got himself involved in a conspiracy at the Swedish Court which resulted in his being hanged in 1747 before his wife could join him. Elizabeth lived for another ten years and is buried in All Saints Church, Chelsea.